I used to update this blog daily, or at least weekly, with new comics documenting the fun, silly moments in my life. I liked doing it and friends liked reading it, but two years ago I stopped. I stopped posting comics because I stopped making them, and I stopped making them because I was horribly, cripplingly sad. My life, I felt, had become too pathetic to talk about.

For a period of about a year and a half, between about 2013 and running through most of 2015, I developed what I eventually realized was clinical depression. I never told anyone and in fact actively hid it it from friends and family, because I didn’t want my loved ones to worry about me and because I was afraid of how having a mental illness would affect how people perceived me.

All my life, whenever I’ve had a problem, I’ve done my best to solve it myself. I never asked anyone to look over my term papers, I never asked to group-up on homework assignments, and when my car slid into a snowbank a few years ago, I dug myself out with a toy shovel rather than call a friend for help. “I am strong,” I told myself during these times. “I can do it on my own. And besides, I don’t want to bother anyone.”

I tried to deal with depression the same way, but perhaps unsurprisingly, this method proved ineffective. Although I tried to stay cheerful in front of students, peers, and friends, my moods got worse. I rarely left the house. I spent most days in my bed, barely moving, hating my life and hating myself for letting it get this way. I got up and cleaned and dressed when I had work, but as soon as it was over, I’d retreat back to my nest. I remember not having the energy to push the drawers on my dressers closed and hating myself for being unable to do even that little bit of work. Hating myself was exhausting, and took up most of my days and nights. I slept poorly. Being awake was worse.

I don’t know what happened exactly, but at some point in 2015 a cloud broke. Was it reading other people’s stories of depression? I was certainly reading more about it. Was it hearing my friends’ candid attitudes toward their own struggles with mental illness? They were certainly inspiring. Was it just luck? Whatever it was, it lightened my mood enough to allow me to gather the courage to phone my family doctor.

It seems a small act, but for all the fear it inspired, I might as well have been jumping out of an airplane. At the doctor’s office, tearful and shaking, I explained that I thought I was depressed, that it wasn’t getting better, and asked what, if anything, could be done. The doctor was wonderfully supportive, though she admitted her limitations in terms of mental health. She suggested therapy, which I couldn’t afford, and then medication, which I could afford but was reticent about. I agreed to it because, at that point, anything was been better, but after a few weeks of drug treatments I decided that path wasn’t for me. I tried other methods to deal with it, like exercise, writing, and list-making/goal tracking. It’s been several months since that initial visit, and although my recovery hasn’t been instantaneous and isn’t complete, it’s here and it’s happening, and I’m happy that I don’t hate myself as much anymore. I can even open up about it to others, something I thought was unbearable before.

I made the above comic a whole year ago, for Bell Let’s Talk 2015. It was a reflection of how I felt then– balancing over a precarious ledge, unable to control my life and unwilling to admit it to myself or those who care about me, caring more about embarrassment and the reactions of others and being a bother than making sure I was safe.

I was too scared to post it then. It’s been sitting in my post queue for 12 months. This is the caption I wrote below it:

“Today, I made this comic. It’s how I’ve been living for a long time– lying to myself and to others. I think I’d like to start maybe making a change. I’m not sure if I’m ready to talk. I’m less sure I’m ready for help. But I think now, I’m ready for people to know. I hope I don’t regret this.”

In the end, I did things the other way around. I got help, then I talked about it, and now finally, I’m ready for people to know. I don’t think all my issues are fixed, but solid ground isn’t so far away anymore, and it isn’t so threatening either. I’m still scared to post this comic and my story, but I think it can help enlighten, help explain, help someone. So I’m sharing it, despite the fear. I think I won’t regret it.

Everything’s not fine. Not always. But it can get better.

Hold on. Speak up.

Long time, no post! I’m working on a few new comics, but in the meantime, here are some recent sketches. 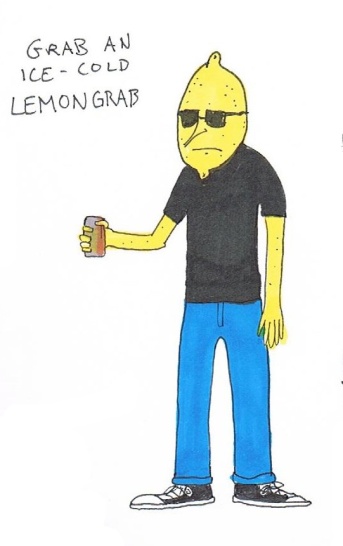 Tune In, Turn On, HULK OUT

Random sketch, inspired by a quote I messed up. Marshall McLuhan, forgive me!

It’s been so long since I posted anything. What have I been up to? (No, really, serious question– a lot of it is a blank.)

Yup. The biggest thing to happen to me was that I’ll have to draw myself with a slightly shorter ponytail. What excitement! (Alternatively: “What excitement?”)

Yes, this exchange happened. It happened three months ago, but it happened. For the curious, the article really is about turtles. Constipated turtles. And guns.

I wrote a (small) part of another article more recently. Maybe that’s why you’re here?

The Life Cycle of the Sports Story 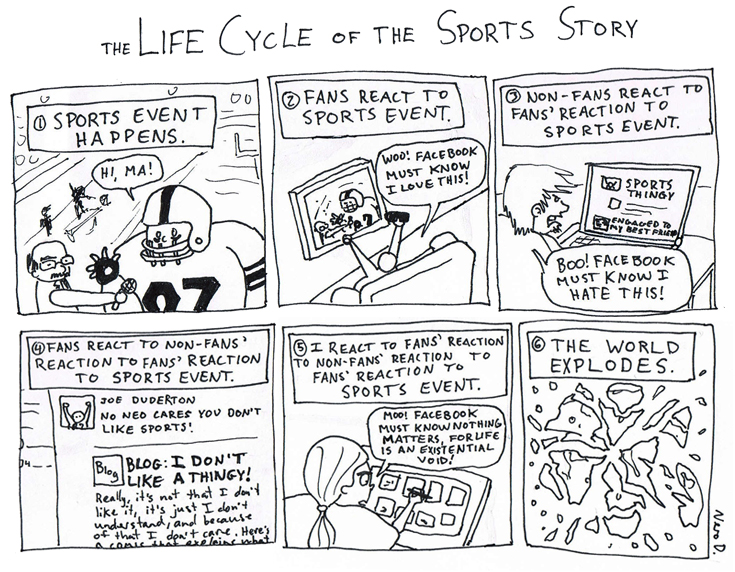 I like coming back to my space characters now and again. Here are the previous adventures– the first adventure, the second adventure, and the third adventure! How well-titled!

A Cheapskate’s Guide to Fashion

Not based on any real life experience, I’m sure.

The worst hat I ever wore. (This was such a better idea in my head.)